Project for the Exploration of Professional Coaching Integration (PEPCI)

We would also recommend the insightful distinctions between coaching and psychotherapy that are offered by Pat Williams (2015).

As noted in comments offered in Appendix A, it is important to recognize the substantial and significant overlap between these three Cs. One of these overlaps (between coaching and consulting) has been extensively addressed in the Coach-Based Leadership certification program that has been conducting over the past three years by Bergquist and Mura, along with Mirasol Delmar and Richard Lim, their Asian colleagues from TASE.

An initial differentiation has often been made in the field of professional coaching between those schools and those practitioners who focus on work with individual clients and offer services related to personal issues such as life and career planning, personal health and wellness, and spiritual alignment (e.g. Skibbins and Bergquist, 2016), and those who focus on work with clients in an organizational context and offers services related to executive functioning, leadership development, and organizational transitions (e.g. Goldsmith, 2016). While this distinction is often called into question, it appears to be a good starting point for building a comprehensive professional coaching matrix.

Bergquist has been involved in the preparation of such a matrix, when first preparing an essay with John Lazar regarding what they have labeled “alignment coaching.” As one of the articles in the newly founded International Journal of Coaching in Organizations, the matrix that Lazar and Bergquist presented was directed (as the name of the journal implies) to the subfield of organizational coaching.

This matrix was later modified by Suzi Pomerantz and Bergquist in building their initial proposal in 2007 for establishment of the Library of Professional Coaching. It also served as a framework for a book about professional coaching co-authored by Bergquist and Mura (Bergquist and Mura, 2011). Here is this matrix: 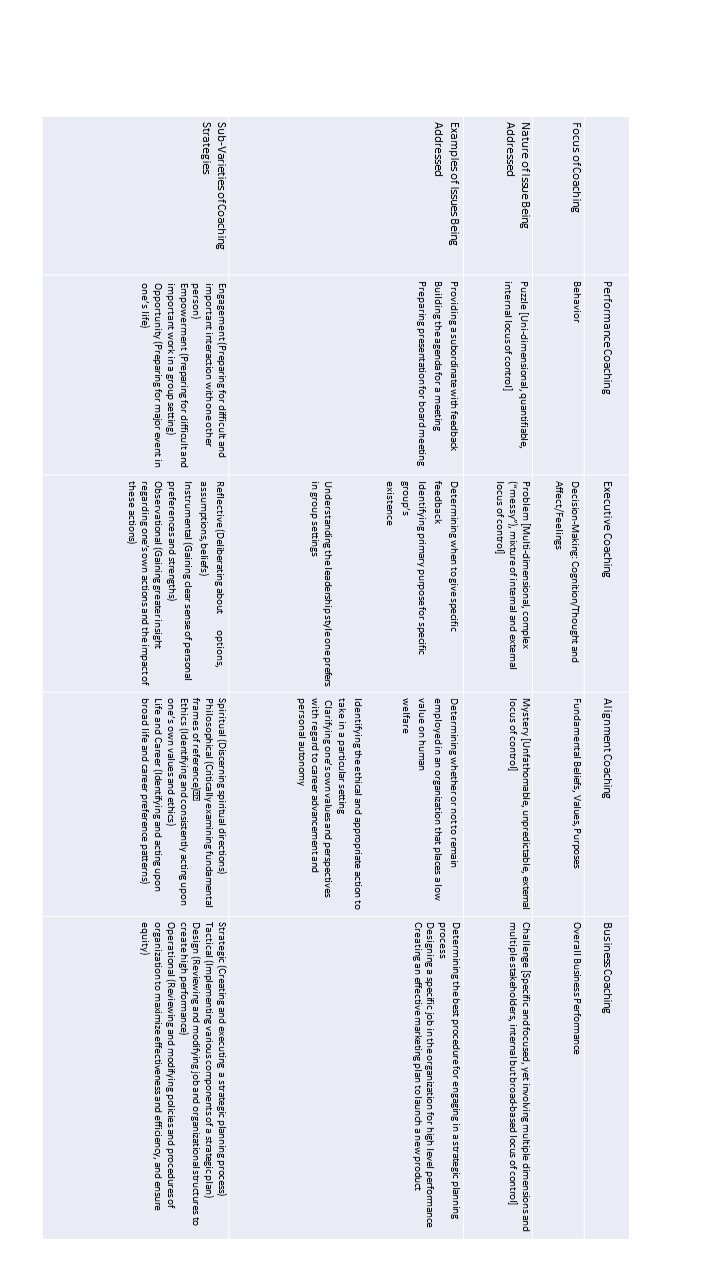