There’s Gold to Be Discovered!

Our three founding communities have been blessed with abundant “gold”. In the case, of Nevada City and Grass Valley, it is literally gold – they are communities that were founded during the California gold rush of 1849. The life of these two communities is still filled with the spirit of rugged individualism and energetic engagement with nature and fellow seekers of new opportunities. As portrayed in the Lerner and Lowe musical, Paint Your Wagon, our two Nevada County communities are filled with those who are following “the wandering star.”

For Harpswell, the gold is lobsters. This community is made up of a series of islands, sheltered coves and shore lines. Off shore, there are lobsters! And the bays and inlets are filled with lobster traps and lobster boats. Restaurants featuring lobsters are to be found in abundance. To paraphrase Rogers and Hammerstein, who wrote about life in the Harpswell area in their musical, Carousel, this New England community is “busting out all over” with lobster.

In both Nevada County communities and in Harpswell, there is an abundance of history and culture. A Harpswell meeting house that was the location where plans were laid for the American revolutionary war. In our two foothill communities of California. we find the rich lore and history of the 49ers.

In all three of our participating communities, abundant human capital is also to be found–as manifest in the willingness of citizens in all three communities to help one another. The gold of human caring is found in the Harpswell Aging at Home (HAH) initiative. It is found in the many Nevada County human service projects that are described in The Sages Among Us (a publication to which we provide a link elsewhere on this websiste). There truly is gold in them thar’ hills!

Given this brief description of the community capital to be found in our three founding communities, we provide a broader overview of each one.

The city of Grass Valley is the largest city in the western region of Nevada County, California, United States.

Grass Valley, which was originally known as Boston Ravine and later officially named Centerville, dates from the California Gold Rush, as does nearby Nevada City. When a post office was established in 1851, it was renamed Grass Valley the following year for unknown reasons. The town incorporated in 1860.[5] 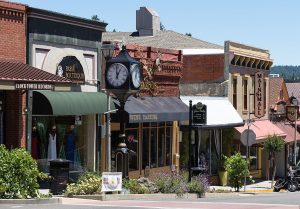 Grass Valley is the location of the Empire Mine and North Star Mine, two of the richest mines in California. George Starr, manager of the Empire Mine, and William Bowers Bourn II, the mine owner, donated mine property which became Memorial Park.[6]:42

Many of those who came to settle in Grass Valley were tin miners from Cornwall, England. They were attracted to the California gold fields because the same skills needed for deep tin mining were needed for hardrock (deep) gold mining. Many of them specialized in pumping the water out of very deep mining shafts. This followed the disastrous fall in tin prices as large alluvial deposits began to be exploited elsewhere.

Situated at roughly 2,500 feet (760 m) elevation in the western foothills of the Sierra Nevada mountain range, this historic northern Gold Country city is 57 miles (92 km) by car from the state capitol in Sacramento, 64 miles (103 km) from Sacramento International Airport, 88 miles (142 km) west of Reno, and 143 miles (230 km) northeast of San Francisco. As of the 2010 United States Census, its population was 12,860.

Nevada City was first settled in 1849[8], during the California Gold Rush, as Nevada (Spanish for “snow-covered”, a reference to the snow-topped mountains in the area). The Gold Tunnel on the north side of Deer Creek was the city’s first mine, being located in 1850.[9] The first saw mill built in Nevada City was on Deer Creek, just above the town, in August, 1850, and was built by Lewis & Son, with a water wheel.[10] In 1850–51, it was the most important mining town in the state, Nevada County being the leading gold-mining county in the state. 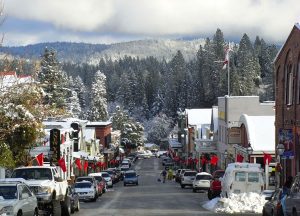 In 1851, The Nevada Journal became the first newspaper published in the town and county. The town of Nevada was incorporated on April 19, 1856. In 1864, the word “City” was added to the name to relieve confusion with the nearby state of Nevada, and the town has legally been known as “Nevada City” ever since. The former town of Coyoteville, California, later became Nevada City’s northwestern section.

Harpswell is a town in Cumberland County, Maine, United States, within Casco Bay in the Gulf of Maine. The population was 4,740 at the 2010 census.[4] Harpswell is composed of land contiguous with the rest of Cumberland County, called Harpswell Neck, as well as three large islands connected by bridges: Sebascodegan Island (locally known as Great Island), Orr’s Island, and Bailey Island and over 200 smaller islands. Harpswell is part of the Portland–South Portland–Biddeford, Maine Metropolitan Statistical Area.

The Native Americans who originally inhabited Harpswell were part of the Abenaki. The Abenaki name for Harpswell Neck, then called West Harpswell, was Merriconeag or “quick carrying place”, a reference to the narrow peninsula’s easy portage. The Abenaki name for Great Island was Erascohegan or Sebascodiggin,[5] which became by the late 1800s Sebascodegan Island. About 1659 Major Nicholas Shapleigh of Kittery, Maine, bought Merriconeag and Sebascodegan Island from the Abenaki, but because of Indian attacks, attempts to settle the area were abandoned until after Dummer’s War. The Treaty of 1725 brought a truce, and by 1731 many settlers had returned.[6] 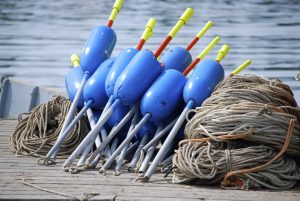 Formerly a part of North Yarmouth, in 1758 the town was incorporated by the Massachusetts General Court and named for Harpswell in Lincolnshire, England.[7] Industries included farming and some shipbuilding, but fishing brought considerable profit, and lobstering is still a thriving part of the economy. Because of its scenic beauty, Harpswell is today a favorite with artists and tourists. The Bailey Island Bridge is an Historic Civil Engineering Landmark.