William Bergquist is an internationally-known coach, consultant, trainer and educator. He is also a widely-published author, researcher and scholar, and owns one of the few independent graduate schools in North America. 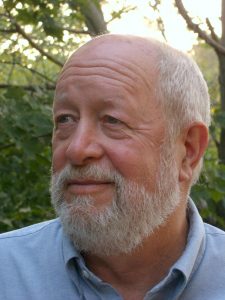 Author, Researcher and Scholar: as author of more than 50 books and 100 articles, William Bergquist writes about profound personal, group, organizational and societal transitions and transformations. Dr. Bergquist has conducted research and scholarship in North America, Europe and Asia to establish the foundation for his written work. His publications range from the personal transitions of men and women during the second half of life and the struggles of men and women in recovering from strokes, to the experiences of freedom among the men and women of Eastern Europe following the collapse of the Soviet Union.

His book, The Postmodern Organization, has been identified as one of the 50 classics in organizational theory and has been translated into both Italian and Mandarin. In Our Fifties (with Klaum and Greenberg) was featured on Good Morning America and in several metropolitan newspapers. The Vitality of Senior Faculty (with Carole Bland) received the annual research award in 1998 from the American Educational Research Association. The Four Cultures of the Academy, Engaging the Six Cultures of the Academy, Designing Undergraduate Education (with Gould and Greenberg), and A Handbook for Faculty Development (three volumes) (with Steven Phillips) have been widely acknowledged and cited as seminal publications in the field of higher education.

Leader: The graduate school (The Professional School of Psychology) where William Bergquist serves as president is located in Sacramento California. It has offered Masters and Doctoral degrees in both clinical and organizational psychology to mature, accomplished adults throughout the world for the past thirty five years. Under Bergquist’s leadership, The Professional School of Psychology offers a unique model of graduate education in countries throughout the world that blends intensive and flexible tutorial instruction with highly accessible and virtual interactive resources via email, teleconferences and other digitally-mediated means.

Coaching, Consulting and Training: William Bergquist has served as a consultant, coach and/or trainer to leaders in more than 1,000 corporations, government agencies, human service agencies, college and universities, and churches over the past 45 years. Having consulted, trained and coached in organizations throughout North America, Europe, Asia and Africa, Dr. Bergquist has written extensively about consulting, coaching and training strategies in more than two dozen publications, and co-founded the International Journal of Coaching in Organizations and International Consortium for Coaching in Organizations,. More recently, Bergquist has co-founded an on-line resource bank, the Library of Professional Coaching which currently contains more than 450 documents and is being accessed by professional coaches in 50 countries.

Educator: Dr. Bergquist has served as professor and educator in the fields of psychology, management, public administration, organization development and public policy at more than two dozen colleges, universities and graduate institutions. The postsecondary institutions in which he has taught range from the University of California in Berkeley, California to the Tallinn Polytechnic Institute in Tallinn, Estonia, and from Dominican University in San Rafael, California to College One, an experimental liberal arts summer college held for three years in Brunswick, Maine.